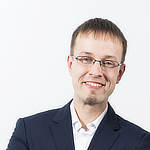 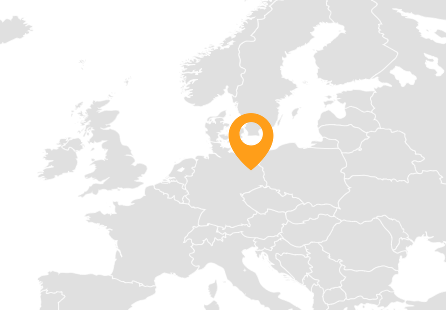 Support programmers to modify their own tools. 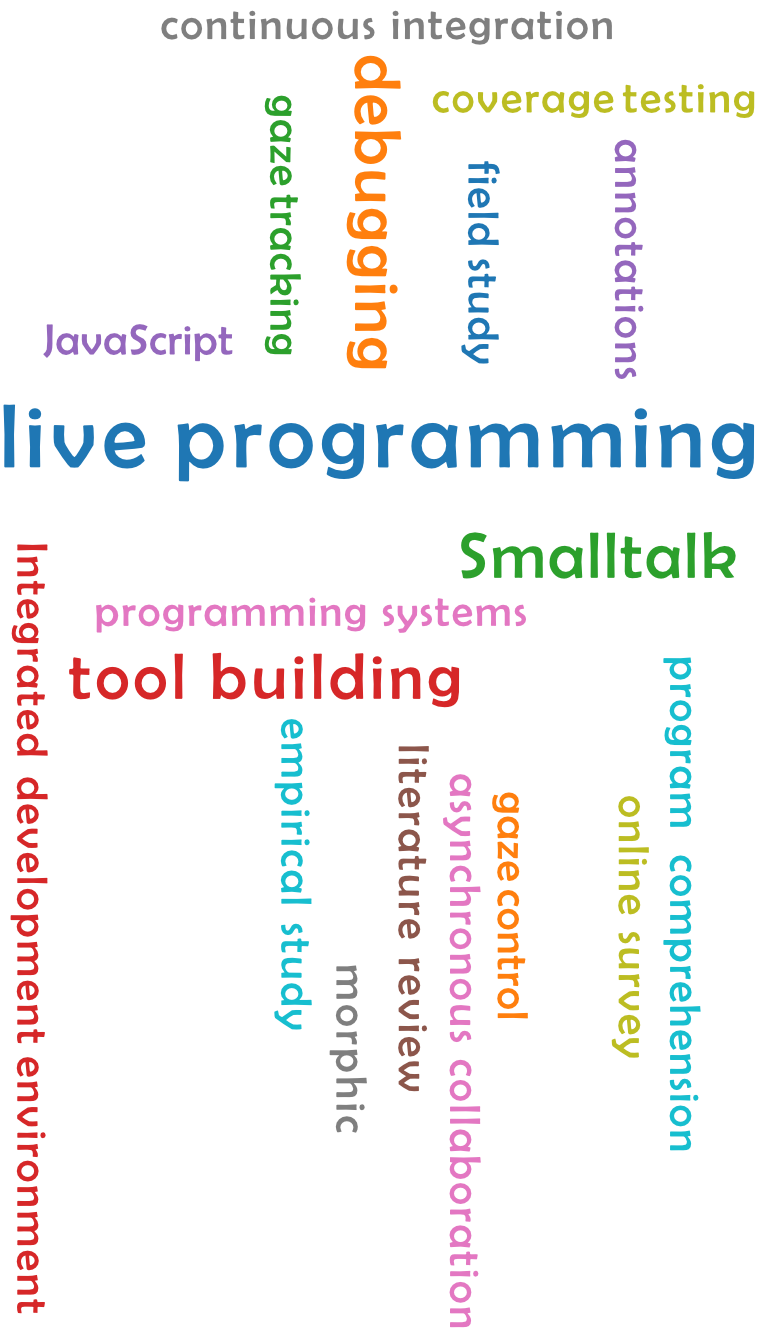 I am a post-doc researcher at the Hasso Plattner Institute at the University of Potsdam. I am part of the Software Architecture group led by Prof. Dr. Robert Hirschfeld. In early 2020, I received a doctorate degree for my work on Data-driven tool construction in exploratory programming environments. Since April 2014, I have been participating in the Design Thinking Research Program to investigate interactions between Design Thinking and exploratory programming practices.

My research activities include the area of building graphical tools for programmers, especially data-driven ones for program comprehension tasks. For this, direct manipulation concepts, dynamic analysis, and cooperation of distributed teams in agile processes play an important role. Additionally, I investigate modularity concepts with respect to critical software quality metrics such as extensibility and maintainability while reasoning about interdependencies between languages and tools.

I do like programming in the Squeak/Smalltalk live programming and exploration environment, where run-time information is omnipresent and feedback loops can be very short. I have experience with C++ and the powerful Qt framework; I am still inspired by its ideas and patterns when I design recent projects in Smalltalk. I am interesting in building tools for programmers that can be adapted to concrete domains, tasks or personal preferences on the fly. More recent experiences cover contributions to the Windows platform code of the OpenSmalltalk VM, which is written in Slang and C.

For more information visit the repository on GitHub.

project is finished · started in 12/2019 · written in Squeak/Smalltalk 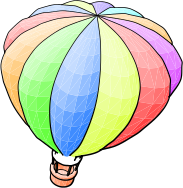 I am an active developer for the Squeak programming system. For the 5.3 release, I actively supported the release manager Hannes Hirzel. The release can be found here. Notable contributions include writing release notes and refactoring the enumeration of code literals in preparation of SistaV1.

project is finished · started in 06/2015 · written in Squeak/Smalltalk

I was the release manager for the 5.1 release, which can be found here. Notable contributions reside in several refactorings in the Morphic GUI framework, the project architecture, and the introduction of user interface themes for all programming tools in the environment.

project is active · started in 02/2016 · written in Squeak/Smalltalk 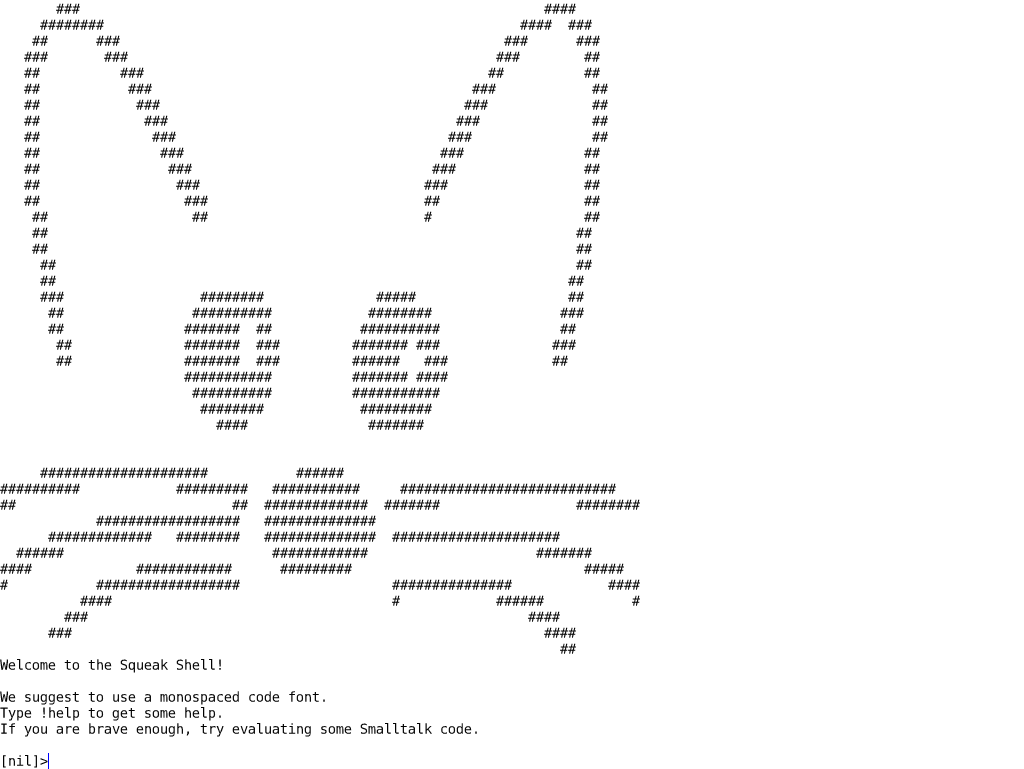 There is a mechanism in Squeak that supports having multiple graphics frameworks running. At the time of writing, there was the older Model-View-Controller (MVC) framework and the new Morphic. That mechanism is called Projects. I used it to create a minimal command-line interface: the Squeak Shell. It can be used to replace Morphic or MVC when debugging self-inflicting bugs or when developing native Squeak/Smalltalk applications.

We published a paper about the process of bootstrapping new GUI frameworks in such self-supporting programming environments.

You can install the Squeak Shell in Squeak 5.1 by evaluating the following code snippet in a workspace: Installer swa project: 'SqueakShell'; install: 'SqueakShell'.

project is active · started in 06/2014 · written in Squeak/Smalltalk

I do like the way of programming in Squeak with Smalltalk. This includes the interactive means of Morphic to compose and debug graphical applications. Yet, there have been many deficiencies accumulated in the source code, especially when comparing it with frameworks for other programming languages.

I started to look into the code with the goal to make the programming interface more consistent while fixing (serious) bugs along the way. New features that turned out to be valuable, even for the programming experience in Smalltalk, are on my list as well.

In Squeak 5.1, for example, I traced down a severe bug in Morphic's layouting code. I also refactored the input event dispatching code and introduced event filters to improve the implementation of cross-platform keyboard shortcuts. Unfortunately, Morphic's code base is poorly tested and there is much room for improvement. In this process, the Squeak community is really valuable to collect feedback and further improve the code. The latest efforts include user interface themes and hence the option to make tools fit your colorful programming needs.

project is active · started in 03/2011 · written in Squeak/Smalltalk

We created a framework in Squeak/Smalltalk that promotes low-effort construction of graphical tools. Given a data-driven perspective on programming environments, we encourage programmers to script domain-specific software artifacts to create and modify interactive, graphical content.

We published this project on GitHub and shared some screencasts on vimeo. We envision that every tool user can be a tool builder given some basic programming knowledge.

project is pending · started in 12/2010 · written in Squeak/Smalltalk

I am an active developer in several projects that extend the traditional Squeak programming environment and that aim to support programmers' productivity as well as their creativity. Projects range from educational use to professional programming activities.

The projects' original website is hosted here at the Hasso Plattner Institute. More recent updates on the projects and the source code can be found at GitHub.

project is finished · started in 06/2009 · written in Squeak/Smalltalk

In this project, we want to support distributed teams using agile software engineering methods such as Extreme Programming or Scrum. Basically, a huge tape manages user stories in chronological order grouped by iterations (sprints). The idea was that developers can log in to the system, take stories, work on them, finish them, track time, a.s.o. All collected data, e.g. time spent and completion state, can be shared among all developers of the distributed team.

There is a screencast on vimeo. This project is finished but more details can be found here.

project is pending · started in 10/2008 · written in Squeak/Smalltalk

CodeTalk allows developers to have conversations about source code artifacts. They can mark code sections they are concerned about and annotate them. These annotations provide entry points for an informal discourse about the strengths and weaknesses of these sections and developers can work towards a conclusion on how to proceed on the raised issues.

We published the project's sources here. More details about the underlying story can be found here and here.

This tools supports managing songs for UltraStar, a free karaoke game. It can be downloaded via SourceForge. Its features include lyrics editing, batch renaming, cover art downloading, interactive preview, report generation, and many more.

It is quite accepted by the community. Before Nokia decided to shutdown the program, I was an Official Qt Ambassador with this project. ;-) Watch a screencast about its main features on vimeo.

project is finished · started in 2008 · written in Squeak/Smalltalk, HTML, CSS

This application is a web-based bug tracker written in Squeak/Smalltalk with Seaside by Alan Bränzel, Michael Grünewald, Alexander Kuscher, Max Plauth, and myself in 2008. Visually, it resembles the Trac project a little bit.

Watch a screencast about its main features on vimeo. The source code is here.

project is finished · started in 2007 · written in Squeak/Smalltalk

This game is a simple Sokoban clone for Squeak that was created during the Software Architctures lecture in 2007 by Alan Bränzel, Felix Elliger, Ralf Gehrer, Michael Grünewald, Alexander Kuscher, Christina Schwendy, and myself. It was used to be named Sokobänle according to the Swabian dialect of one of the team members. ;-) 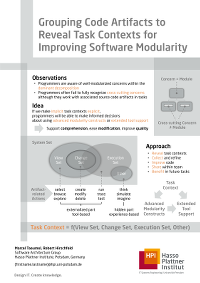 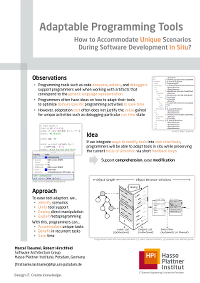 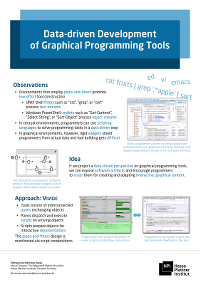 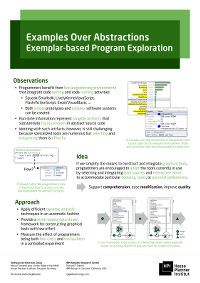 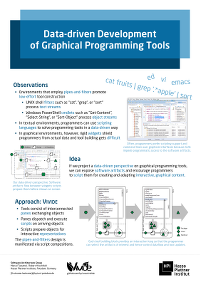 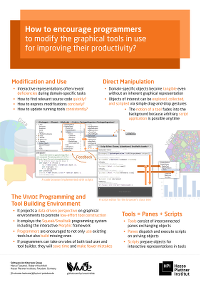 This material is presented to ensure timely dissemination of scholarly and technical work. Copyright and all rights therein are retained by authors or by other copyright holders. All persons copying this information are expected to adhere to the terms and constraints invoked by each author's copyright. In most cases, these works may not be reposted without the explicit permission of the copyright holder.

Collaborations and Other Affiliations